What is Most Favored Nation Pricing?

You may have heard the term “Most Favored Nation Pricing”  recently being used by President Trump with reference to the pharmaceutical industry. If you have been involved in product distribution or even the financial services industry you may be familiar with that term and how it is used to obtain advantageous pricing. If you are not familiar with that term read further to understand its historical usage and how it may be used by the Trump Administration to help lower drug costs.

​How Most Favored Nation Pricing is Used by Distributors 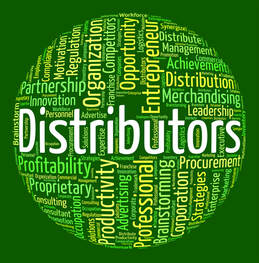 Many large manufacturers use the business  model of selling to distributors. Rather than employing a large sales force, they find it easier to establish territories and then assign territories to these distributors that usually have a large and robust sales force with established lines of distribution in various industry verticals such as cosmetics, health, food, beverage, candies, home goods, and electronics.

​The term comes from the import-export industry in which nations or countries would request concessions on pricing and other terms, so they were on a level playing field with other nations or countries. The term means the country which is the recipient of this treatment must nominally receive equal trade advantages as the "most favored nation" by the country granting such treatment (trade advantages include low tariffs or high import quotas). In effect, a country that has been accorded such status may not be treated less advantageously than any other country with that status by the promising country.

The members of the World Trade Organization (WTO) agree to accord MFN status to each other. Exceptions allow for preferential treatment of developing countries, regional free trade areas and customs unions.
​
It seems only fair of course to help developing countries by giving them pricing and terms similar to that of larger countries. These benefits are passed on to these third world countries for humanitarian reasons and to help them grow. Sometimes you just have to take care of the little guys.

Most Favored Nation Pricing Used in the Financial Field

​President Trump is using this clause in a prescription drug executive order to reduce costs for seniors. He is goal is to confront the drug companies that charge foreign countries and distributors far less than they charge people in the United States that buy those drugs either directly or through the Medicare Program. Why should United States Citizens pay more for those drugs? To business people familiar with the most favored nation pricing model, it makes perfect sense. One wonders why this wasn’t tried years ago with the drug companies. The answer becomes very political and is likely tied to lobbyists, special interest groups and political contributions.

“It is the policy of the United States that the Medicare Program should not pay more for costly Part B prescription drugs or biological products than the most favored nation price,” Trump declares in a draft version of the executive order. That price, Trump says, “shall mean the lowest price, after adjusting for volume and differences in national gross domestic product, for a [drug] in a member country, with a comparable per-capita gross domestic product, of the Organization for Economic Cooperation and development.”

This is a great quote from the Forbes article by Avik Roy: “In the bizarro world of Medicare drug spending, taxpayers are forced to pay the highest price even though they represent, on the whole, the largest market in the world for prescription medicines. Most importantly, the most-favored-nation approach will do the most to reduce seniors’ out-of-pocket costs, and the most to reduce entitlement spending and thereby the deficit.”  Source: Forbes
So, as you can see, most favored nation pricing is a valuable tool that can be used in many different types of business surroundings and is always a matter of negotiation based on the relationship of the parties and what each one brings to the bargaining table. Source: Forbes Article

So, as you can see, most favored nation pricing for small business is a valuable tool that can be used in many different types of business surroundings and is always a matter of negotiation based on the relationship of the parties and what each one brings to the bargaining table. Unfortunately, it may be that larger businesses will have more leverage and buying power to negotiate this type of preferred pricing compared to their small competitors. It is important to make sure you have fully reviewed a contract with a manufacturer, supplier or distributor so that your understand the pricing structure you are agreeing to and if you are getting the lowest pricing possible.