Why do Businesses Need Confidentiality Agreements

If you are wondering why do businesses need confidentiality agreements, it may be because the type of business you are in does not typically require such type of agreements. For instance, if you were running a dry cleaners o liquor store, you might not need one. But if those businesses had customer lists, vendor lists, pricing guidelines, or marketing programs that they wanted to keep secret from the public, especially competitors, then even they might find a confidentiality agreement useful in some situations.

​ They are helpful in protecting your business from a counter-party improperly using “confidential information” to gain an unfair advantage by stealing your clients, using your business secrets, or saving them money by using what took you years to learn and develop. ​It helps safeguard your intellectual property from theft and can prevent unnecessary competition through the use of information that you have worked hard to attain.
​
Investors will often require various agreements before investing in a company and a confidentiality agreement is one such document. Investors do not want to invest money in a company if there is a chance the founders of the company, or even employees can steal company secrets for their own benefit and at the cost of investors who may lose all their money as a result of key information being made widely available.

What is a Confidentiality Agreement? 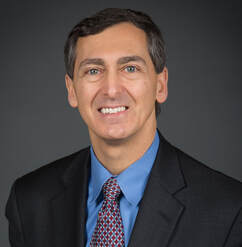 ​Joseph B. LaRocco is a business and corporate attorney that handles business contracts, business transactions, entity formations, and corporate governance.
CLICK HERE TO CALL FOR A FREE CONSULTATION ​475-244-5141

In Connecticut, the confidentiality agreement is often used to ensure that details of a business deal are not leaked too early, and so that competitors do not have time to counter any moves you make. In this case confidentiality agreements can be especially useful if there are important investors whose interests may be affected by information getting out before they want it to.

The UTSA is used as a  model or template for states to draft a similar regulation and maintain some sort of uniformity between the states as to the laws regarding the protection of trade secrets. The Connecticut Trade Secrets Act which is based on the UTSA and can be used to protect Connecticut businesses, corporations, partnerships, and limited liability companies, provides the following definition:

“trade secret” means information, including a formula, pattern, compilation, program, device, method, technique, process, drawing, cost data or customer list that: (1) Derives independent economic value, actual or potential, from not being generally known to, and not being readily ascertainable by proper means by, other persons who can obtain economic value from its disclosure or use, and (2) is the subject of efforts that are reasonable under the circumstances to maintain its secrecy.

The great thing about the protections afforded by the Connecticut Trade Secrets Act is that is has very broad coverage as to what constitutes “misappropriation” and specifically sets out and identifies those actions as follows:

“Misappropriation” means: (1) Acquisition of a trade secret of another by a person who knows or has reason to know that the trade secret was acquired by improper means; or (2) disclosure or use of a trade secret of another without express or implied consent by a person who (A) used improper means to acquire knowledge of the trade secret; or (B) at the time of disclosure or use, knew or had reason to know that his knowledge of the trade secret was (i) derived from or through a person who had utilized improper means to acquire it; (ii) acquired under circumstances giving rise to a duty to maintain its secrecy or limit its use, including but not limited to disclosures made under section 1-210, sections 31-40j to 31-40p, inclusive, or subsection (c) of section 12-62; or (iii) derived from or through a person who owed a duty to the person seeking relief to maintain its secrecy or limit its use; or (C) before a material change of his position, knew or had reason to know that it was a trade secret and that knowledge of it had been acquired by accident or mistake.
​
As you can see from the last part, the law on Connecticut trade secrets protection even covers accidental or mistaken misappropriation. So, a person would have a hard time defending a legitimate claim if they tried to rely on negligence, accident, or mistake as a defense as to how they obtained another business’ trade secrets. In Connecticut, an injunction can even be used to prevent or stop the breaching party from disclosing or making further us of the trade secrets.

​How Do Confidentiality Agreements Help Business?

​​While almost all states and the federal government have enacted some form of trade secret protection law, those regulations only protect what is specifically defined as a “trade secret”. So, while it is arguable that you may not need a confidentiality agreement to protect your “trade secrets” which may be protected under your state’s regulations, you can protect yourself even more by covering things that do not necessarily meet the definition of a “trade secret” under state law. Most states have adopted in some form the Uniform Trade Secrets Act (UTSA) and the World Trade Organization also has TRIPS which stands for Trade Related Aspects of Intellectual Property Rights which is used in international business dealings.

​While almost all states and the federal government have enacted some form of trade secret protection law, those regulations only protect what is specifically defined as a “trade secret”. So, while it is arguable that you may not need a confidentiality agreement to protect your “trade secrets” which may be protected under your state’s regulations, you can protect yourself even more by covering things that do not necessarily meet the definition of a “trade secret” under state law. Most states have adopted in some form the Uniform Trade Secrets Act (UTSA). In addition to that, the World Trade Organization also has enacted the Trade Related Aspects of Intellectual Property Rights (TRIPS) which is used in international business dealings.

Advantages of Confidentiality Agreements in Startups

Most startups base their business model on a new idea, concept, industry disruptor, software, or business patent. So, startup attorneys are very important in having a carefully crafted startup confidentiality agreement to protect the startup’s interests and attract possible investors. But even if the startup founders do not need investors to launch their startup, the founders’ agreement should contain a confidentiality clause and other related provisions. Alternatively, the founders could sign a separate founder’s confidentiality agreement. There are numerous issues to cover in a founders’ confidentiality agreement such as non-circumvention, non-solicitation, non-competition, dispute resolutions, and then of course that agreement should clarify what fiduciary duties each founding partner owes to the company. There is no such thing as a simple partnership agreement or simple founders agreement so make sure you don’t use a simple template without getting an experienced attorney to go over all the issues with you.

​How Confidentiality Agreements are Useful for Business Partners

​Business confidentiality agreements can be signed by anyone who has access to confidential information, and they can potentially help protect you from unfair competition, even from your own business partner. It is not that unusual for business partnerships to fall apart for one reason or another. Having a good partnership agreement that spells everything out can prevent a lot of headaches if things do not work out between the partners. For instances, who owns the information and data that was defined as “confidential” in their agreement?  How can that information be used? Can one partner prevent the other partner from using that information by bringing an injunction action? What are damages if one partner uses the information without informing the other partners?
​
Business confidentiality agreements should be created before a business even begins. Then it will provide protection for any kind of transaction that takes place, such as merging with another company, applying for a patent,  or making an acquisition. Confidentiality clauses will ensure confidentiality is maintained throughout these transactions to prevent sensitive and highly valuable information and data from being compromised, and if it does, the agreement will spell out what happens in such a situation.

​Confidentiality agreements can be used as a means of retaining key staff, such as employees, independent contractors and even officers and directors. If an employee leaves the company the contract he or she signed may provide compensation or enforcement rights for any confidential business secrets that they have taken with them. It can also provide a remedy, so such persons are held legally accountable for the theft of your business information. The agreement should be signed by anyone who has access to confidential information, even if they are an administrative person or a low level employee. In other words, don’t forget about the weakest link in your company. When in doubt, have them sign.

So if you had any doubts on why do businesses need confidentiality agreements, I hope this analysis has answered may of your questions and allowed you to consider some situations in which you may want to use such an agreement going forward to protect your interests.
google-site-verification=qbvye5UPT1Mg129hkn89u8XuEvUiXQHR1Hy_l7A1Odw